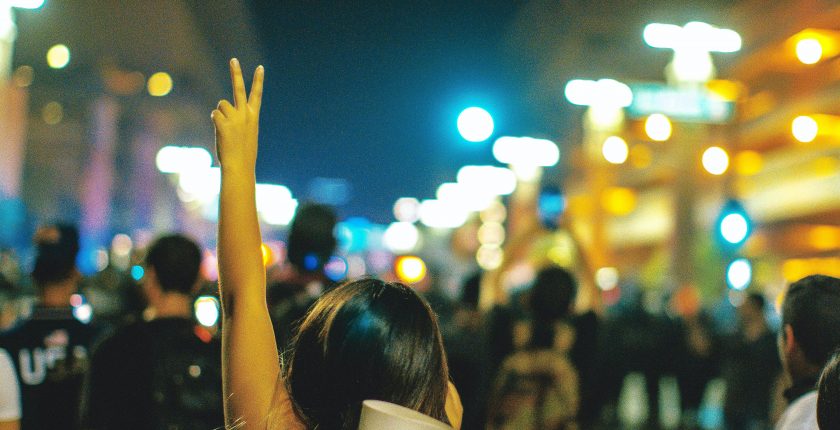 In the early hours of Monday 1st February 2021, the Myanmar military seized power detaining Aung San Suu Kyi and other democratically elected leaders. Claiming that the country’s second democratic election in November 2020s was fraudulent the military announced it now has judicial, legislative and executive powers and imposed a yearlong state of emergency.

Myanmar citizens awoke to a ‘world turned upside down’ (BBC, 2021) with democracy rolled back after years of positive progress. Myanmar’s citizens are gathering repeatedly to protest against the coup despite increasing state violence against them. To date, there have been over 50 protestor deaths with 3rd March 2021 being named the ‘deadliest day’ after 38 were killed when security forces open fire with live bullets. There have also been reports of torture on arrested protestors, increased surveillance activities on citizens and internet shutdowns/limits access to Facebook.

The need for aid in Myanmar has expanded. Human rights abuses and restrictions imposed by the junta are increasing demands on aid agencies who are already addressing the effects of the covid-19 pandemic and the ongoing abuses against Rohingya Muslims. The challenge the international community now faces is how to continue its support of Myanmar’s development without inadvertently supporting the current military leadership.

The international community has attempted to address this by redirecting its aid to be distributed by civil society and away from the military. New Zealand was the first to tackle this issue with its Prime Minister Jacinda Ardern announcing the nation had suspended all political and military contact with Myanmar and was readjusting its aid program to not include projects delivered via the military in any format. The US were not far behind declaring that it was immediately redirecting $42.4 million of assistance away from work that would benefit the military (Devex, 2021). Sanction has been placed on military leaders by countries such as the UK and the EU has widened its sanctions to target businesses run by the military and its leaders. Most Asian nations responded in a more subdued manner, yet ASEAN has still condemned the coup expressing ‘grave concern’ and calling for a pursuit via dialogue.

Although aid organisations and donor government have redirected rather than disrupted their provision of aid to Myanmar, applying this aid efficiently within a military coup is extremely difficult.

Using the ‘Telecommunications Law’ the military have blocked numerous websites and have also periodically imposed internet shutdowns. This makes organising projects and programs such as workshops and connecting with the local community a challenge. Added to this are restrictions on assembling groups of people and the enforcement of curfews which can severely restrict what NGOs could normally accomplish. It is worth noting that the pandemic has already ensured that many development activities are already taking place online which has helped ensure the continuation of projects in many instances.

Yet local NGOs and community-based organisations, many of which were created in response to the previous set of atrocities committed by the junta, are adapting very quickly to the current challenges. Many are not surprised at the turn of events and have been preparing accordingly ensuring that they can work around the current restrictions. It now seems critical for donor governments and INGOs to recognise the importance of community-based organisations and work with them to ensure these organisations do not have funding disrupted.

Byatnal, A,. (5th February 2021), Amid Myanmar coup, ‘every stakeholder is looking for a new way’, https://www.devex.com/news/amid-myanmar-coup-every-stakeholder-is-looking-for-a-new-way-99036

Nachemson, A,. (4th March 2021), Why is Myanmar’s military blocking the internet?, https://www.aljazeera.com/news/2021/3/4/myanmar-internet-blackouts