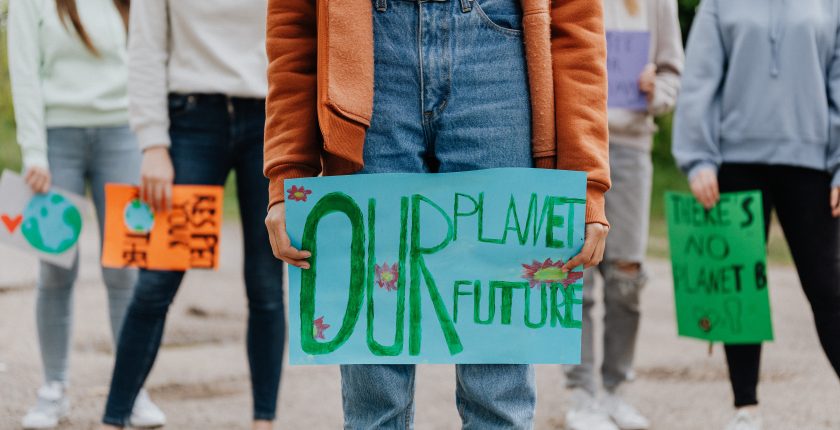 A Sense of Urgency as Global Leaders Meet for Cop26

Since 1995, governments have met on an almost annual basis to develop and initiate responses to the climate emergency. ‘Cop’ stands for the conference of parties, these parties are countries who have signed up to the UNs framework on Climate Change (UNFCCC). The 26th Cop summit is due to meet in Glasgow in the United Kingdom on 31st October 2021 for a 12-day session. With more than 190 world leaders attending, this year’s Cop26 has a unique sense of urgency.

This is because the Paris Agreement, which was initiated in 2021, will be reviewed for the first time at this conference. This is a crucial moment in Cop’s history where world leaders will evaluate whether previous efforts have been enough to keep global warming under 1.5 Celsius above pre-industrial levels. With temperatures around the world already at 1.1-1.2 Celsius, it is widely recognised that there is still a long way to go.

The task ahead is complex with unresolved issues which may be a challenge to navigate such as re-defining rules for climate finance, where higher-income countries commit finance to assist lower-income countries.

As a global issue, tackling climate change requires a multifaceted approach. As such it should be led by a diverse set of policymakers and advocates who can ensure solutions appropriately reflect the needs of all people. One such set of leaders, who have become increasingly recognised and respected for their role in advocating for better climate change response, are young people. Young leaders such as Greta Thunberg and Vanesse Nakate are well-known but movements initiated and led by other young people are increasing and growing in impact.

Many organisations have noted this and are incorporating young people into official policy-making structures to ensure young people’s voices are heard. Cop26 is no exception with last month’s Youth4Climare Summit taking place in Milan, Italy where young people presented their proposals to leaders and ministers from over 40 different countries.

Climate change is everybody’s concern, yet young people are particularly affected. Young people are more vulnerable to climate disruptions which can adversely impact their access to education and work. In comparison, older adults are more likely to have access to capital and employment which can buffer them against any economic ramifications linked to climate disruptions. The consequences of climate change extend beyond employment and education and include the increased likelihood of child marriage as well as poor mental health due to high levels of anxiety.

United under a global cause and with an ability to connect internationally, young people are determined to define a better future for themselves. One particular example is the ‘Fridays for Future’ campaign, a youth-led and organised climate strike movement. The movement started in August 2018 when Greta Thunberg protested in the weeks leading up to the Swedish election over the lack of action in response to the climate crisis. She was soon joined by other young people in Sweden, but the movement didn’t stop there. Internationally thousands of other young people, inspired by Greta’s actions and equally concerned for their future, began similar strikes across the world. The movement is now fully established with set structures, resources, and events that young (and old) can access to start their own ‘Future for Fridays’ strikes. Key branches of the movement include Uganda’s ‘Fridays for Future’ campaign founded by Hilda Flavia Nakabuye, and India’s ‘Friday or Future’ initiated by Disha Ravi.

There are many more examples of movements, initiatives, and organisations founded by young people. It is impossible to list them all, but noteworthy examples include; ‘Teach the Future’ a UK movement headed by Scarlett Westbrook which aims to put climate as a key part of British education, and ‘Bye Bye Plastic Bags’ an initiative to stop single-use bags founded by Melati and Isabel Wijsen now active in 30 countries.

Cop26 is a critical review of the global response and although the goal to keep global temperatures under 1.5 Celsius seems a long way off, there are clear signs of some positive changes.  For example, the use of oil is already levelling off due to the growing renewable energy sector and increased use of electric cars. However, whether these signs indicate that enough change is underway is deemed unlikely by many experts. Rather it is expected that Cop26 will initiate a more radical response to meet the goals set by the Paris Agreement over the coming years. Young people will personally witness the success or failure of today’s global response to tackle climate change. It is, therefore, necessary to ensure greater youth input and enable their meaningful contribution to the policy-making process.

The Observer,. (17th October 2021) Gen Z on how to save the world: young climate activists speak out https://www.theguardian.com/environment/2021/oct/17/gen-z-on-how-to-save-the-world-young-climate-activists-speak-out

Fridays for Future,. (2021)What we do https://fridaysforfuture.org/