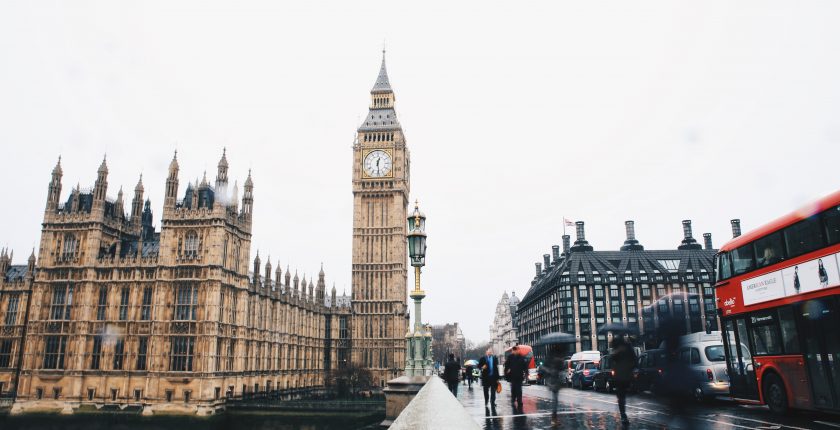 The Economic Forecast that guided Cuts to the UKs Aid Spending

Multiple charities, NGO’s and International Organisations including the UN have criticised the UK government’s decision to implement sweeping cuts to its aid spending. The UK government stated in 2020 that it would cut aid spending from 0.7% of national income to just 0.5%, this would mean a loss of over £4bn (BBC, 2021, a).

These drastic measures were announced initially in July 2020, amid uncertainty surrounding economic predictions after the UK’s first national lockdown. As such it was defended as being a ‘temporary measure’ and the UK would return to the 0.7% target as finances allow. Several politicians condemned the move at the time including previous prime ministers Tony Blair and David Cameron. However, the decision was defended by others who backed the move in light of such ‘difficult times’.

The approach to ‘cut once, and cut deep’ forwarded in 2020 was developed using a more pessimistic economic forecast produced in April 2020 from the Office of Budget Responsibility (OBR). The OBR released a more optimistic outlook on 14th July, 6 days before the cuts received final approval from Prime Minister Boris Johnson. Yet this more accurate forecast was not utilised. The Independent Commission for Aid Impact (ICAI), the UK’s development watchdog, noted in a report that this has resulted in a more drastic reduction in aid funding than necessary. Even in 2021 as the UK’s economic forecast continues to improve, no adjustments have been made.

What is Being Prioritised and Who is Losing Out

In 2020 DFID listed 40 countries deemed particularly vulnerable to the pandemic in an unpublished report. The notion that these countries would be prioritised for support due to their vulnerability to Covid-19 and economic status however had little impact on how aid has been re-distributed. The ICAI noted that in 24 of these countries aid spending has already fallen by a fifth of what was spent in 2019 (Devex, 2021, a). Officially the Foreign Office has stated that it would prioritise fighting poverty, climate change and improving global health, but did not give a date for the UK’s return its 0.7% aid budget. As such which projects are prioritised remains unclear and as the first round of aid cuts start to bite, high profile development projects are being impacted.

The cut in aid funding has been criticised by multiple organisations including the UN who reported funding towards the United Nations Population Fund (UNPF) had been reduced from £154m to £23m per year. Family planning as supported by the UNPF vitally provides maternal health care for millions of women in some of the world’s poorest countries. The £130m lost in the cuts would have helped prevent 250,000 maternal and child deaths according to UNFPA Director Dr Natalia Kanem who called for solidarity at a time of deepening inequality (BBC, 2021, b).

More than just a Material Impact

These cuts have not just impacted the ability of organisations to effectively run or continue programs for the worlds most vulnerable. The Nigerian Country Director for Women for Women International said that the UK cuts have also meant the breaking of trust and relationships which have taken years to build (Devex, 2021, c).

Additionally, concern has been expressed over projects that are not in political vogue, creating a bias towards programs such as gender equality. The effect of reducing funding to programs empowering women and girls extends beyond the immediate material impact. It will also have a drastic effect on generations of women who will be unable to access education and health programs that have previously been supported by UK aid funding.

In not utilising a more recent economic forecast to re-examine its cuts to aid funding, the UK’s government seems to be foregoing its responsibility towards development projects. Not only does this damage the UK’s global standing but adversely affects millions of lives for what, what many deem to be, is motivated by a political agenda.